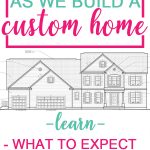 A few years ago in the Spring of 2016, I was coming home from a birthday party for my friend’s daughter. During that time, I had become frustrated with our fixer-upper house. On our drive home, I saw a sign that felt like, well, a sign. It was for a new neighborhood going in near my friend’s home.

I was trying to get my son to nap so I decided to take a detour and drive around the grounds of the soon-to-be neighborhood. As a young adult, I dreamed of raising my children in a new home community filled with young families and new best friends. It’s how I grew up and I wouldn’t trade it for the world (The Ridge kids know what I am talking about). The memories we made are ones that we still reminisce about today. And as time went on, our neighbors became family.

On that drive, I decided that I wanted a change. I loved our home but I was tired of doing projects (as a mom to two young and crazy boys, projects felt impossible those days). But, I had one big obstacle. Convincing my husband.

This was no easy task. The neighborhood was in another state, further from conveniences, and further from family. Long story short – he thought I was nuts. But after some convincing arguments, he agreed. We met with the builder, we looked at floor plans, etc. But after a lot of late night talks, once the kids were off to bed, we decided that we wanted to move but that we would be happier in a location closer to home.

Great, we were on the same page and happy with our decision. Then, the problem became money. Living in our area isn’t cheap. And building a new home in our area seemed out of the question. Finding a new home neighborhood where the lots were not the size of a postage stamp (and were within our price range) felt impossible. As a result, we got the big idea to go all out and build a custom home on our own lot.

We decided to take the plunge into the world of custom home building. I researched builders and we started to have phone calls, e-mails, and meetings with builders. Deciding on a builder isn’t easy – honestly, it’s like trying to find a husband.

We had a few builders we liked but we weren’t quite ready to pull the trigger. Before we could even consider moving, we had to finish our fixer-upper so that we could actually sell it. So we kept on researching what it would take to build a house while simultaneously planning out DIY projects for our mess of a house (and boy do I mean mess. Who knew baby #2 would wear twice as many clothes and be a mini-tornado).

The Bump in the Road

In September 2016, everything changed. Our plans to build a house came to a screeching halt when we unexpectedly lost my wonderful father-in-law. It wasn’t something we were prepared for and it flipped our world upside down. We were absolutely devastated. Suddenly things like floor plans and kitchen designs weren’t so important.

We pushed our home plans to the side while we grieved and tried to find some sort of normalcy. Then even more reality hit when we realized how difficult it would be for my mother-in-law to carry on the burden of her large and beautiful home and acres of land.

A Change in the Plans

When people hear our new plan, one of the first things they ask me is how my Mom feels (my Dad, too, but you know they aren’t as into this sort of stuff). What’s funny is that the idea for our new direction was actually my Mom’s idea.

During a conversation one day about my worries about my mother-in-law in that big house by herself, my Mom suggested that we adjust our home plans to include an in-law-suite.

My husband and I had some long talks about this possibility. We weighed the pros and cons. My mother-in-law and I have a great relationship – would this hurt it? My mother-in-law is completely independent – would this new house be enough to make her happy? Would my children want to spend any time with me once Grandma moved in next door? (Most of the time that’s on the cons list but there are those days when it’s pretty high on the pros list.)

After reviewing our situation and our list, the pros far outweighed the cons. So we sat down with my mother-in-law, Carol, and suggested this idea to her.

Now, I have to admit that at first, we were naive enough to think we could build a small in-law cottage on our property. (We could have, but it would have meant a lot more money and a much larger lot of land.) Even with attaching her house to ours, she was on board.

And that started our new journey to build a very large, very custom home.

Join us On Our Home Building Journey

Now that we have officially signed our loan papers, I’d love to take you along with us as we go through the home building process. Each week or two I’ll send out updates through e-mail. Sign up for the Mom Envy everything list or the Home Decor only list to get the updates (the planner-only list gets only e-mails about planners :)).

In addition to e-mail updates, I’ll be writing posts for the blog that detail the process. Everything from the basics of a custom home build to selecting a floor plan, to the things we learn along the way.

Want to see the first step in our home building process? See what we did to sell our home on the first day we listed it (and we made 100,000!)

Curious about what our fixer-upper looked like? Check out the big projects here: 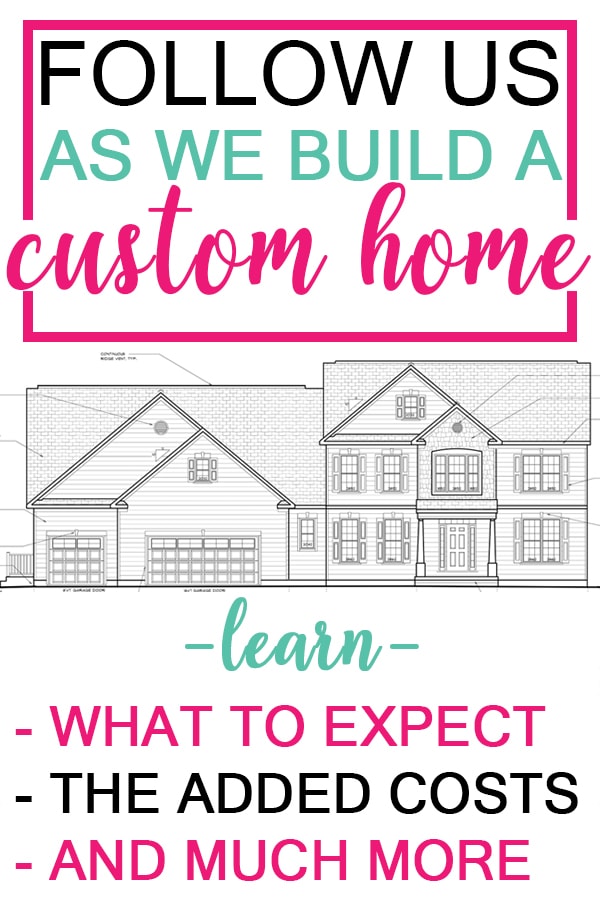