It’s all about what goes on top of the turkey today (or to the side, or on top of the mashed potatoes, or maybe straight from the dish with a spoon).

Let’s be honest, you can’t have Thanksgiving turkey (or mashed potatoes) without gravy. I mean you can, but it definitely won’t be as delicious.

The trouble with making gravy nowadays is that with all of the different ways to prepare a turkey, often times you aren’t left with pan drippings to make your gravy.

So today I am sharing with you a the best gravy recipes around. Some use turkey drippings but most use an alternative (such as broth).

In addition, I will be sharing the best cranberry recipes. Cranberry doesn’t have to come from a can. Fresh cranberry sauce is not only beautiful but it’s a sweet and tangy complement to turkey.

Do you have any favorite gravy recipes or cranberry sauce recipes? I’d love to hear about them. 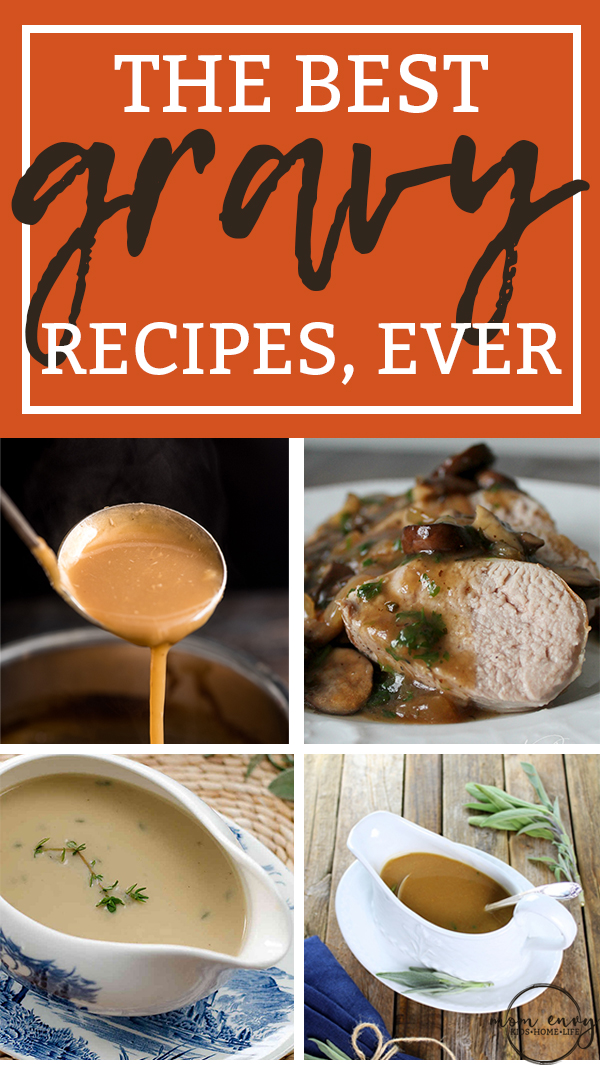 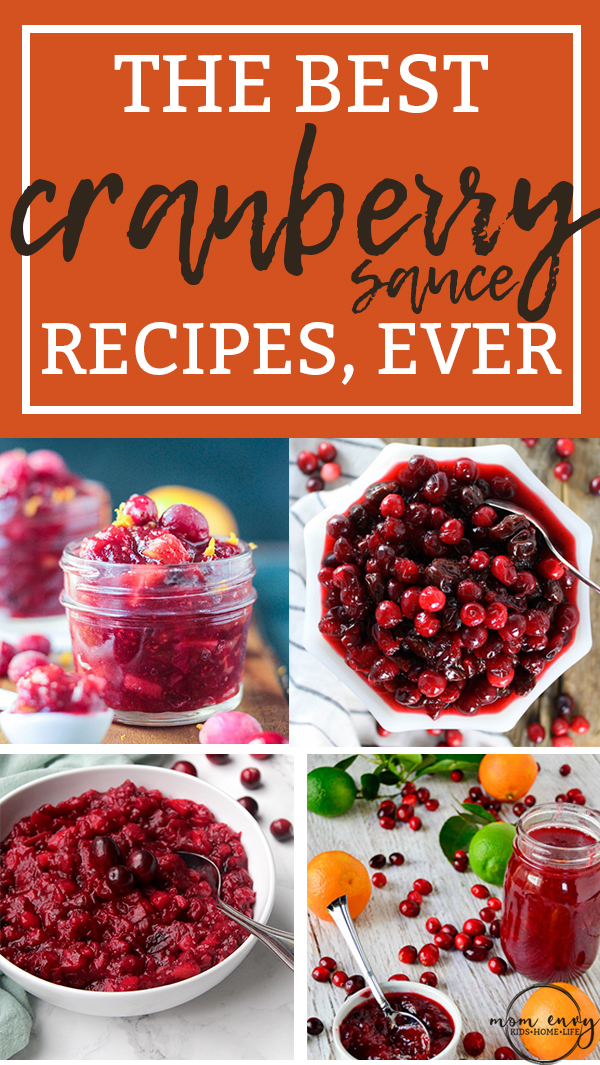 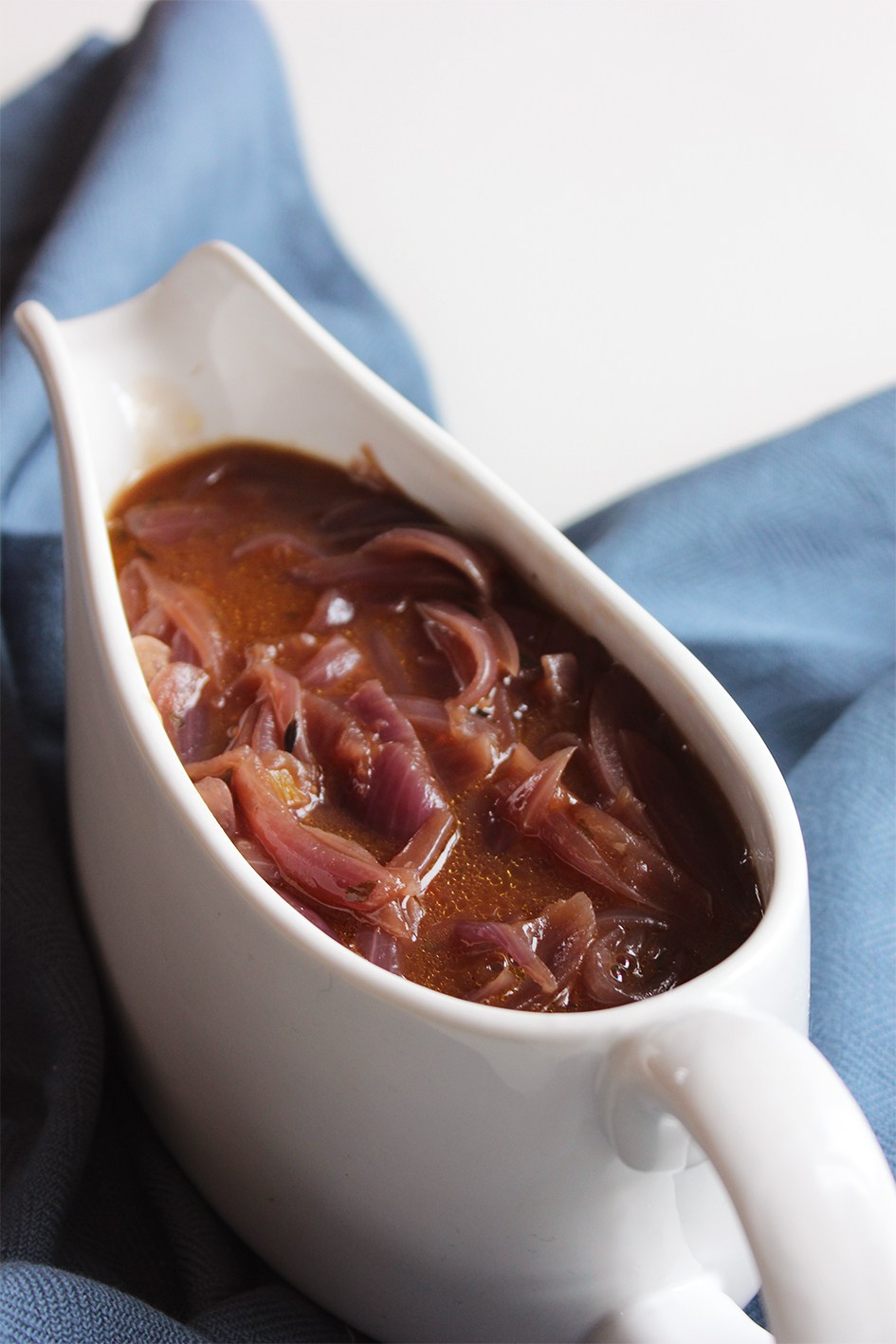 What I love about this gravy is that it can be made without turkey drippings. Which means it’s perfect to pair with a a fried or smoked turkey. 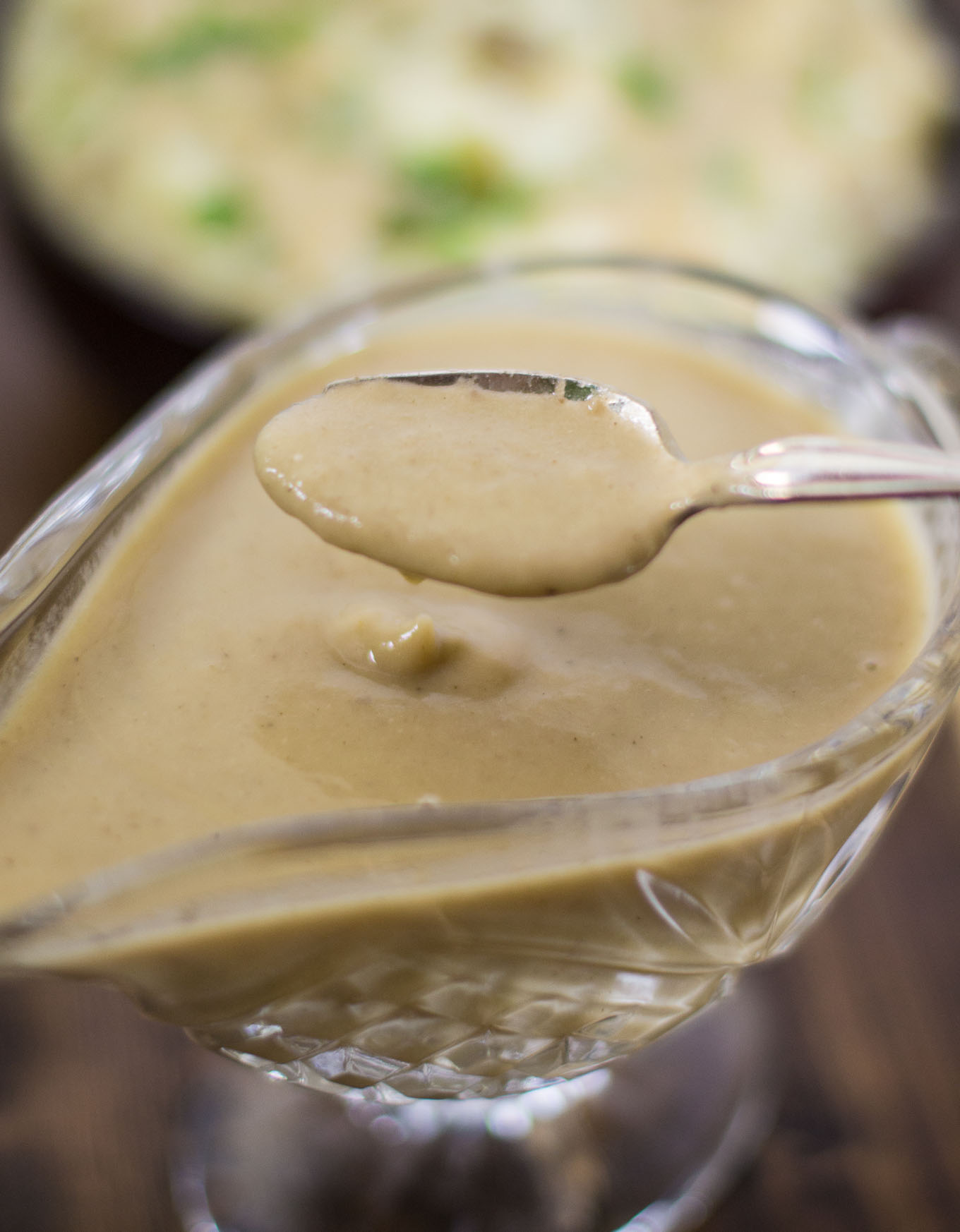 Having a vegetarian gravy works well for those that are cooking a dinner with guests that are vegetarian. Instead of creating two gravies, you could have just one gravy for all guests to enjoy. 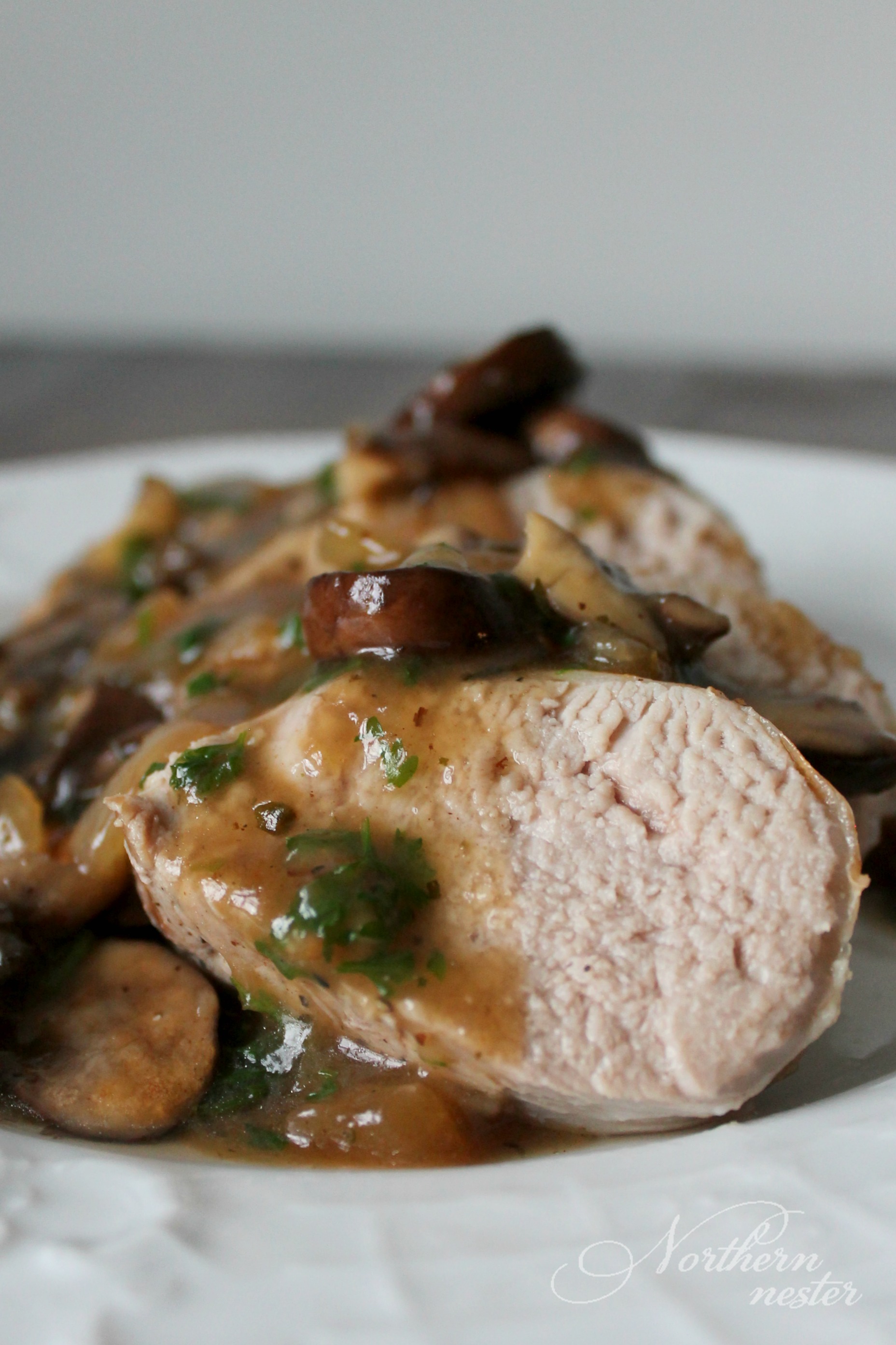 I know that this gravy recipe was created to go with the pork tenderloin BUT this recipe for mushroom gravy looks too good not to include. Just because it was intended with pork doesn’t mean it won’t be delicious with turkey. What’s great about it is that it doesn’t include turkey drippings so it can be used with a fried, smoked, or grilled turkey. 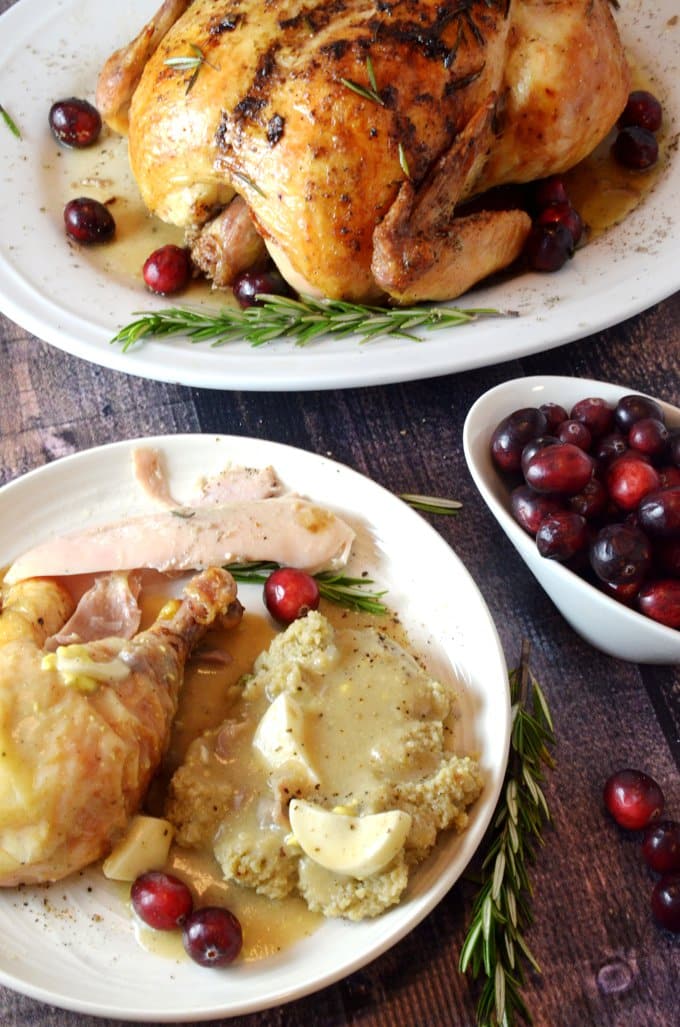 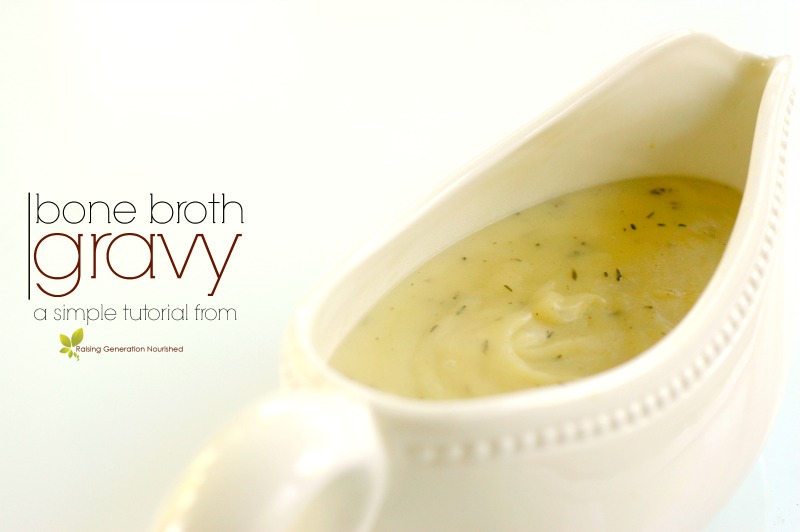 You can use either bone broth or pan drippings to make this quick and easy gravy. If you know you’ll be rushed at the end of dinner prep, this is a great quick solution for you. 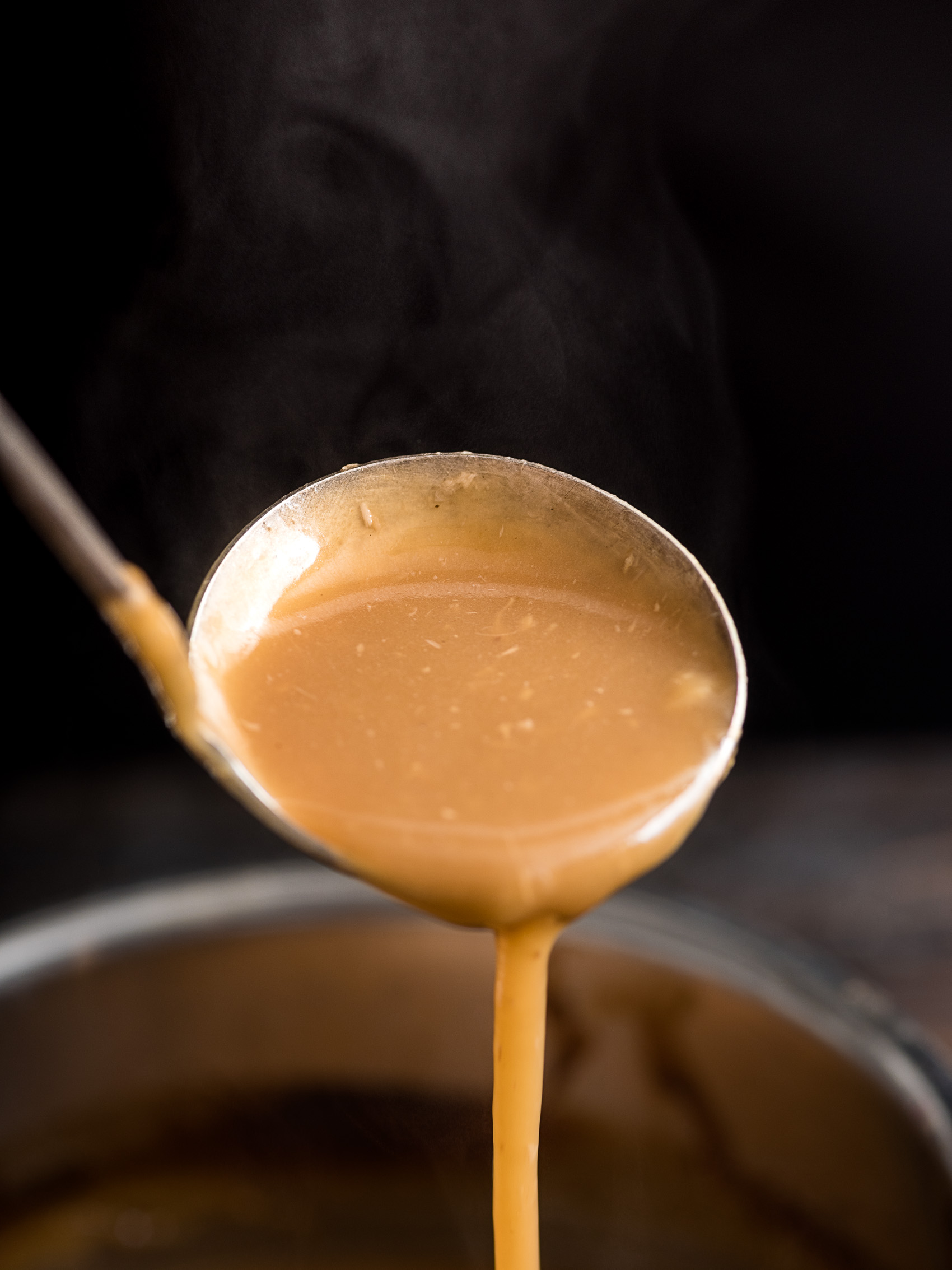 If you want to make a quality gravy completely from scratch, this gravy is meant for you. It starts with a vegetable stock that you make yourself. Need a dairy free, vegan, or gluten free gravy? With just a few minor changes, you can meet your guests dietary needs. 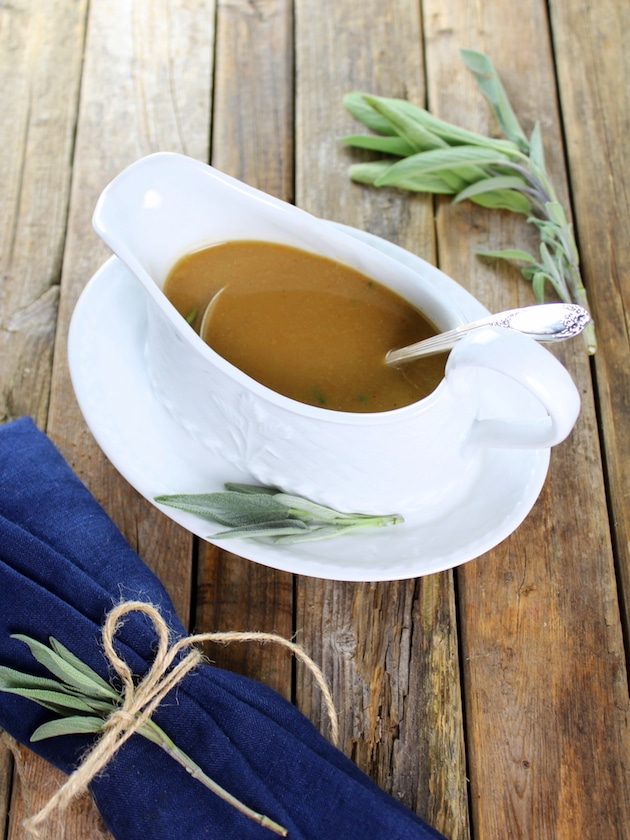 This gravy recipe is so simple. It’s elevated with white wine. This gravy recipe again can be made using alternatives to turkey drippings which means it can be served alongside a fried, roasted, or grilled turkey. 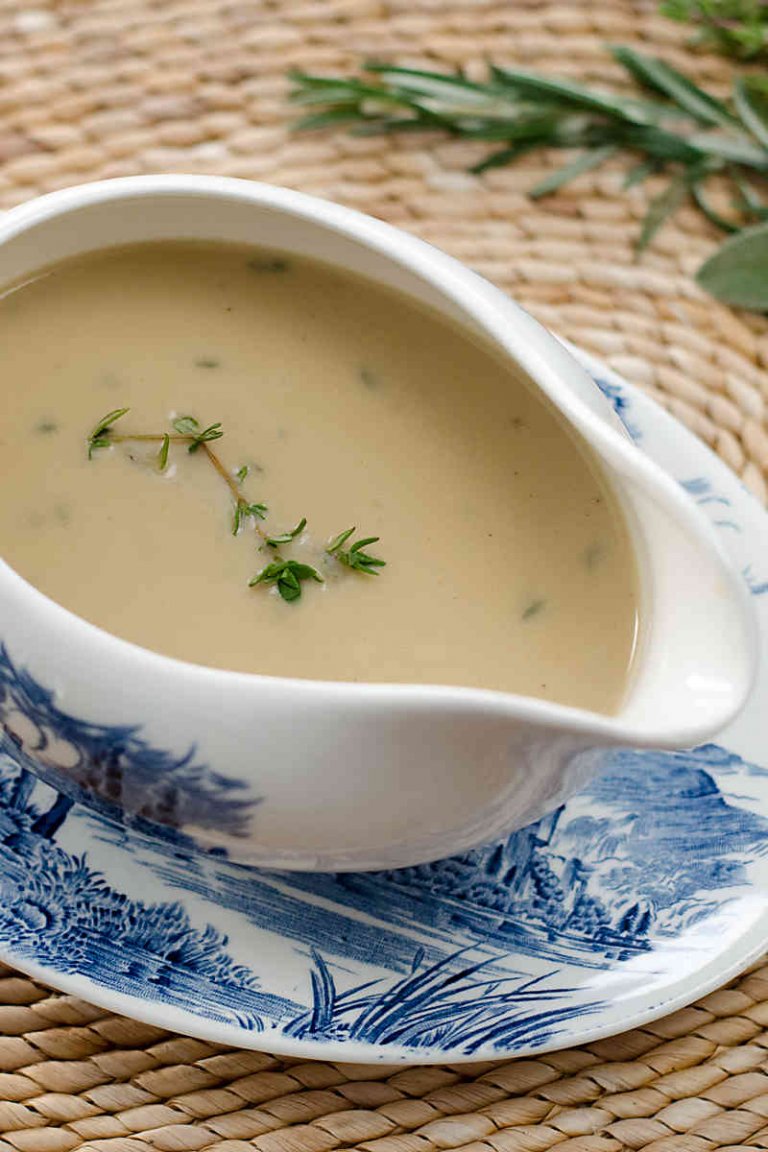 There is a secret ingredient in this gravy that totally blew my mind. It’s the secret to creating a rich and creamy gravy minus the flour. 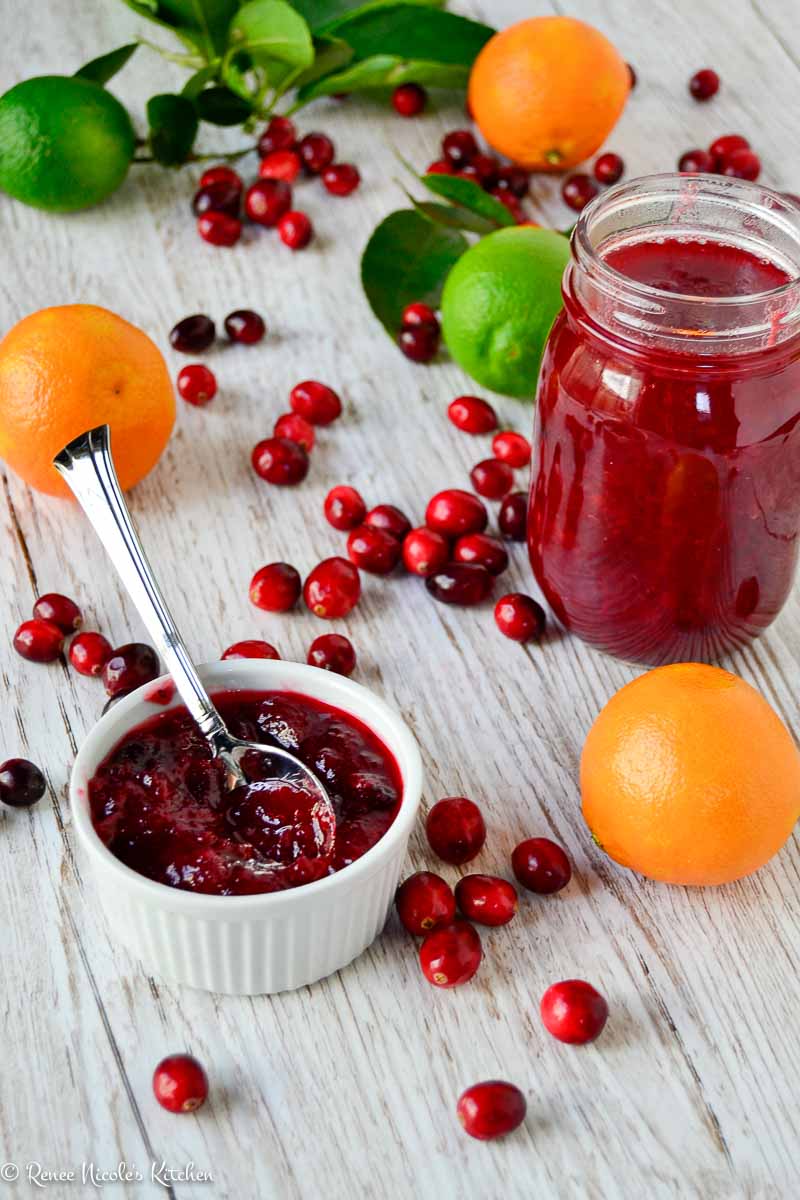 The sweet and tart orange cranberry sauce is a great twist on a classic. It’s so simple with only four ingredients. What’s even better is that it can be prepared a week or more in advance which can really alleviate some of the stress at the end. 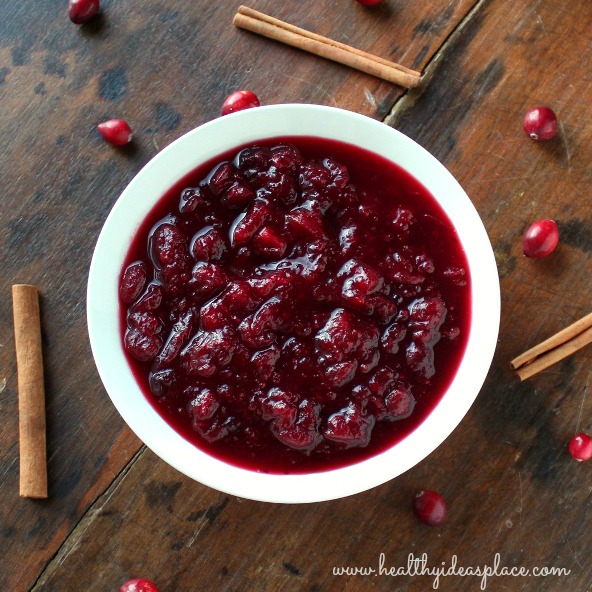 Are you a fan of ginger? It pairs perfectly with cranberry in this dish from Healthy Ideas Place. It has the extra special addition of red wine as well. 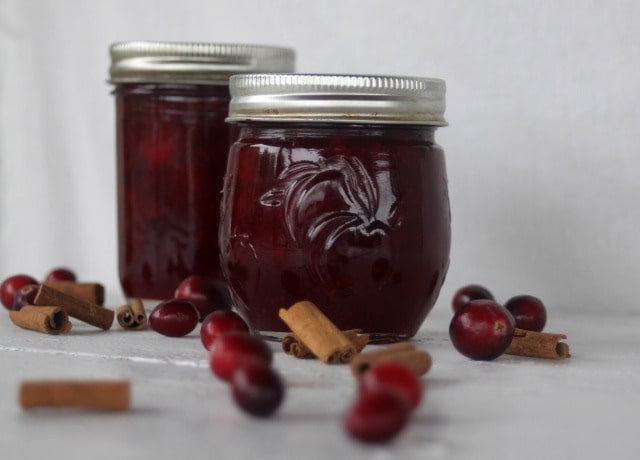 Cranberries are a Thanksgiving must-have. But sometimes, people want a little more than the jellied kinda out of the can. Try this homemade variation on cranberries with a special little twist. 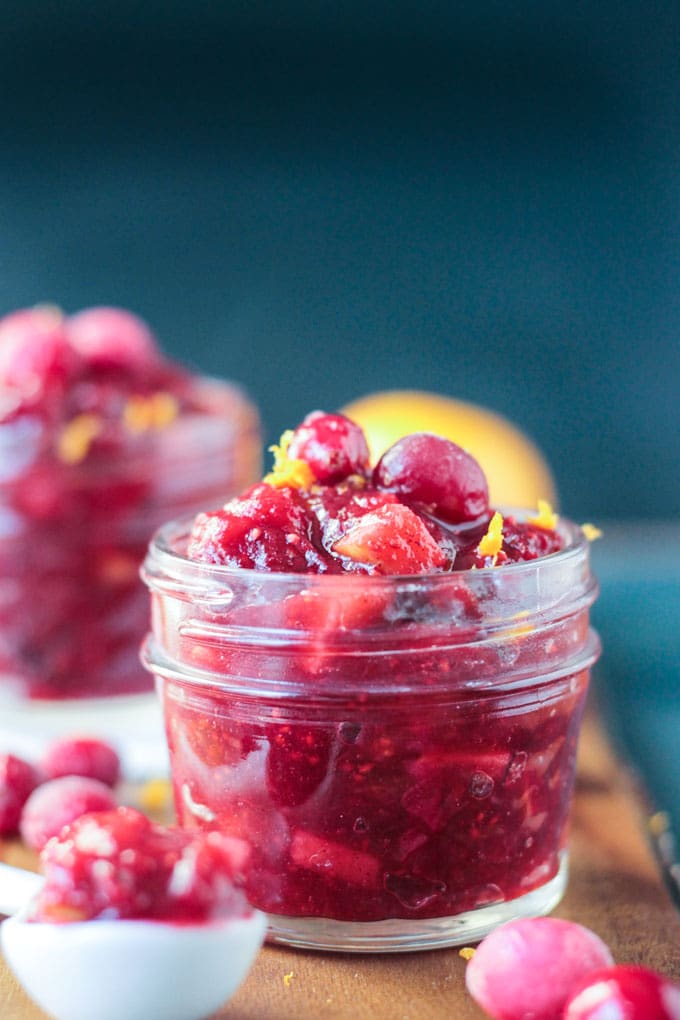 Isn’t this beautiful? It’s almost too pretty eat {almost}. The addition of pear and maple make this sauce unique. The pears naturally add sweetness to the sauce. 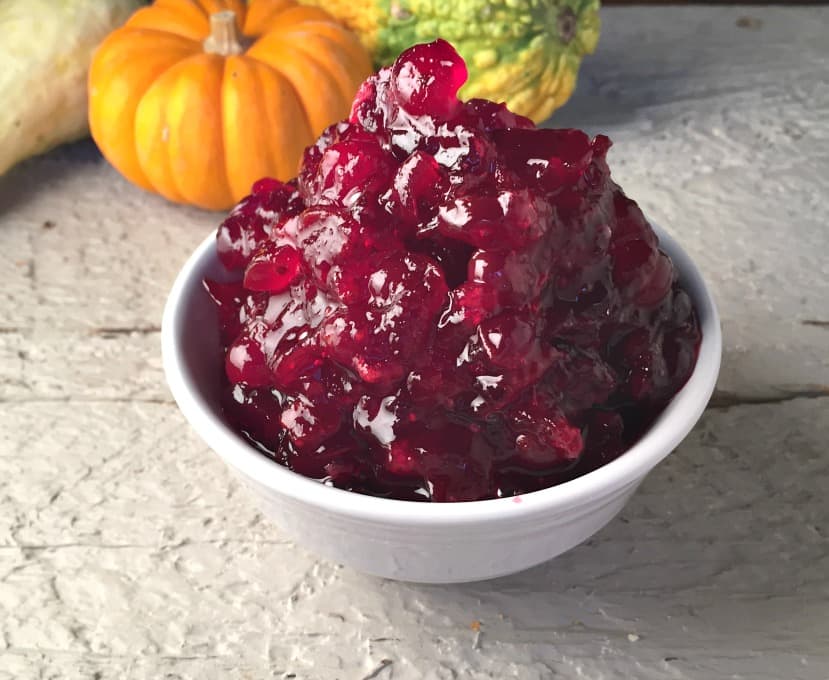 Whole Berry Cranberry Sauce from Beyond the Chicken Coop

This recipe is SO easy. If you want to step away from the canned cranberries but aren’t the most comfortable in the kitchen, you can’t go wrong with this recipe. 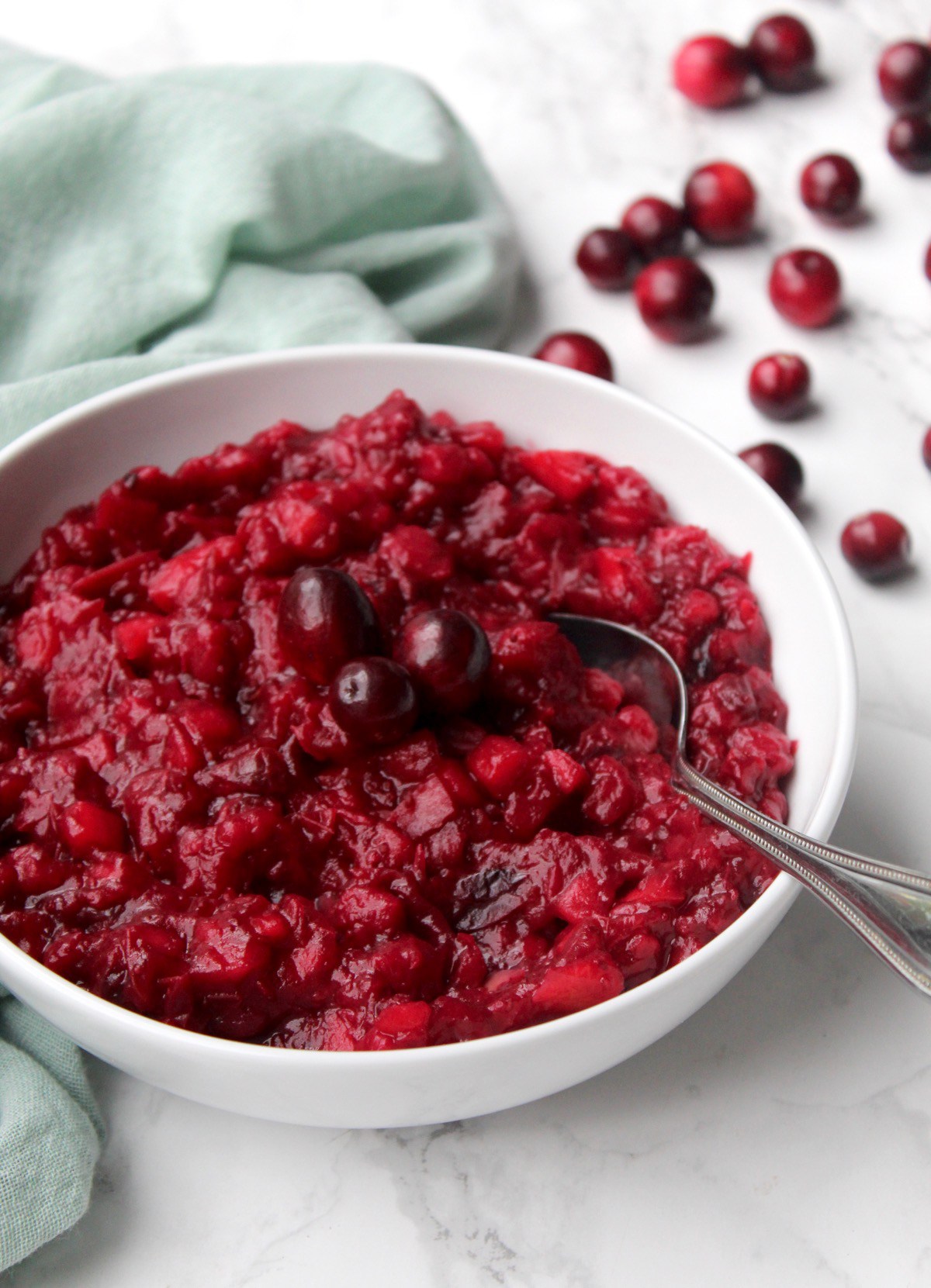 This is another simple cranberry recipe. It uses only 3 ingredients and uses all natural ingredients as sweeteners. It will meet many people’s dietary needs. 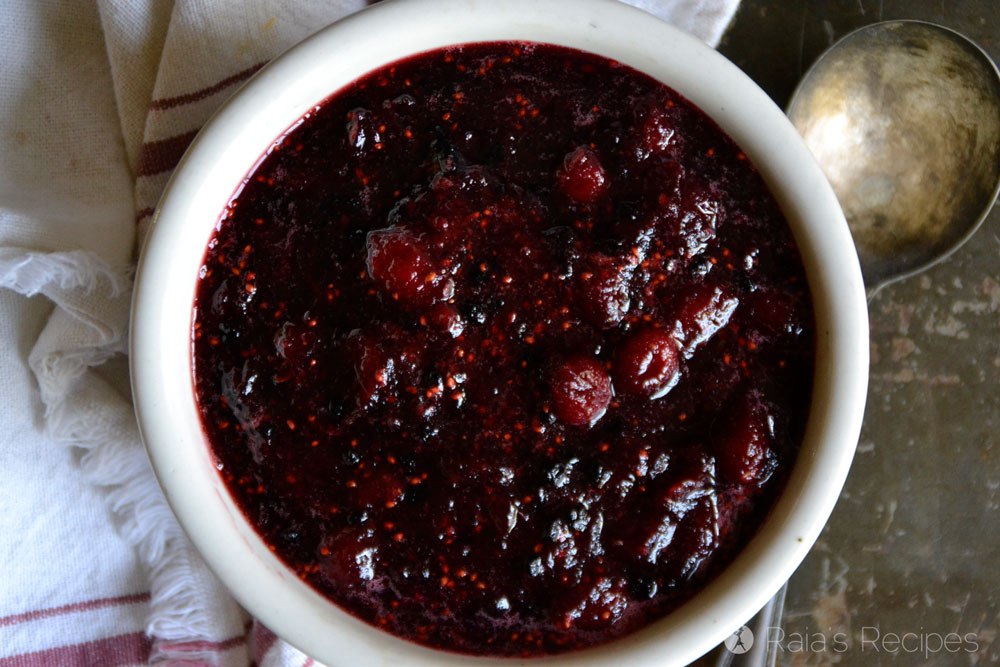 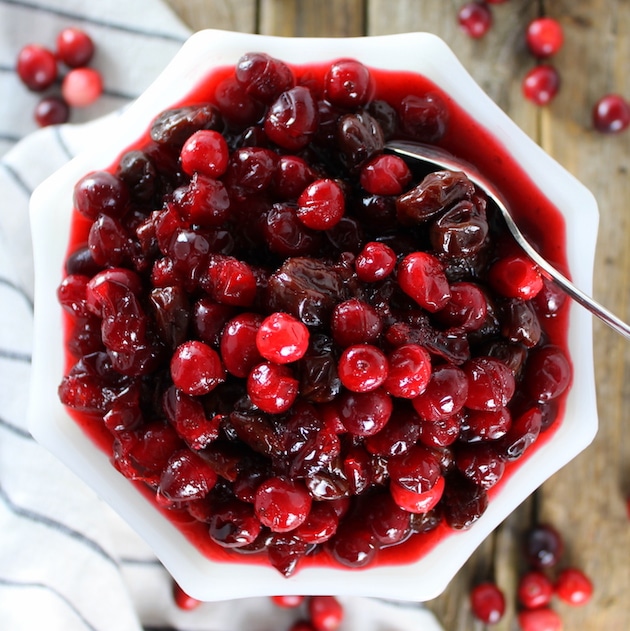 I love Holly’s addition of dried cherries to her cranberry sauce. Not only does it create a stunning cranberry sauce with the mix of the dark cherries and the lighter cranberries, but it also adds some great texture to the sauce. 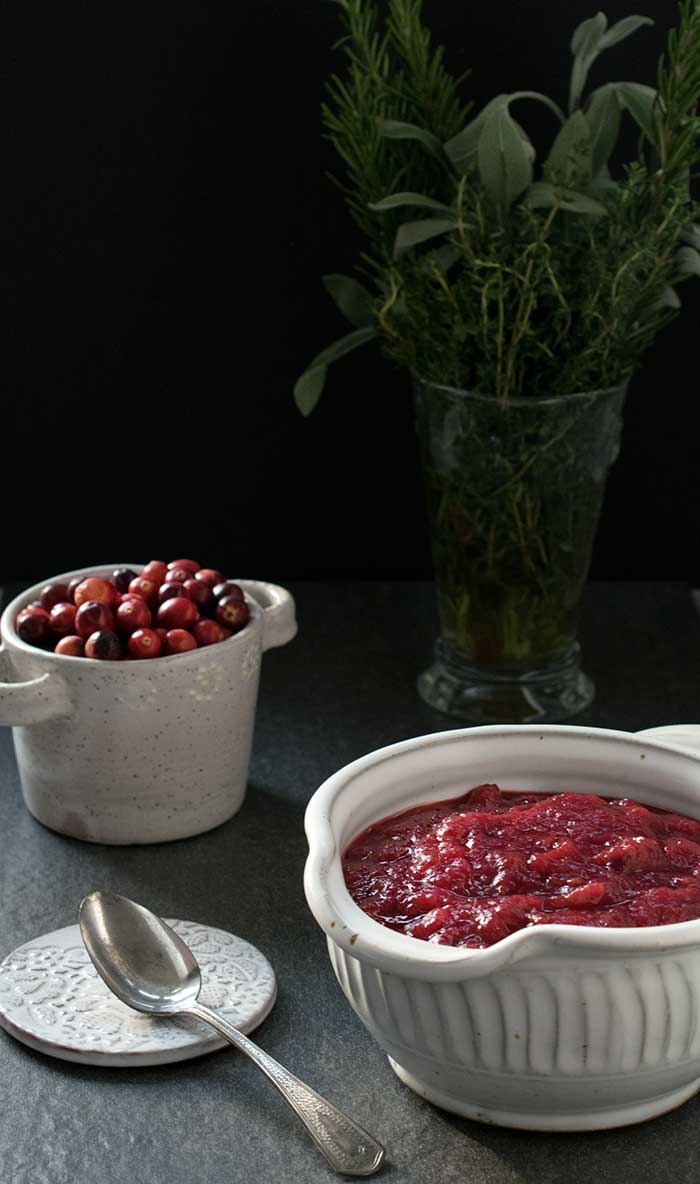 I love that Kathy uses an Instant Pot to make her cranberry sauce – Instant Pots have quickly become a favorite small appliance in many homes. I love her use of apple within her recipe for some added natural sweetness.

Thank you for featuring my gravy recipe!